Wales, Italy and a muddy field in Surrey 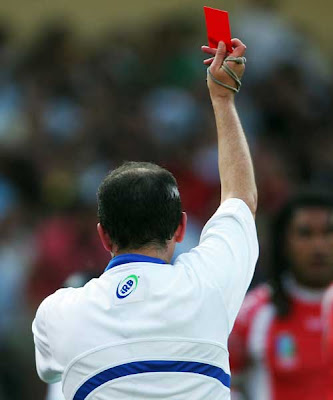 Blogging has been light this season as matches have been thin on the ground and I don’t want to get on to the debate how good or bad international referees are. What I don’t like is the increasingly public debate about the quality of specific referees and the way coaches now routinely assess the referee as part of the post match interview. The iRB and RFU need to start stamping down on this, we know where it ends up, and Wenger being the clues as to where.

My last full adult game was a couple of weeks ago, I would have loved to watch Wales thrash the Italians, but I hadn’t had a run out and, well it’s only . It was my third time with the home team this season: the first ever with the visitors. If there was any doubt that it is players that wind up refs and not the other, then this match illustrated it well. The first half had been largely uneventful, the visitors running up a three try lead and every thing was good humoured. The visitors brought on two replacements at half time, a lock and flanker. Immediately the ‘comments’ started; questioning decisions, calling the line out or forward passes for me. I asked the captain to put a lid on it but it continues. A penalty for dissent is given following a break-down offense and the second, quickly taken penalty results in a try against the visitors. As they regain the upper hand things calm down again.

In the dying minutes the flanker is pinged for going off his feet and playing the ball on the floor, “ Its against you red 16”, he slams down the ball and asks me if I’m having a “Giraffe”, no I’m not but you’re having ten minutes (from the two that were left). As he walks from the field further comments about my refereeing proficiency see me up that card to a red, the first for a while.

In the end, I though it was a reasonable day at the coal face, but two old, lazy props and a mouthy flanker make me think a few beers and the games may have been a better way to spend the time.